DALLAS – A Dallas-based attorney who has been a trial lawyer about 25 years had no difficulty during a recent interview naming his proudest achievement as an attorney. 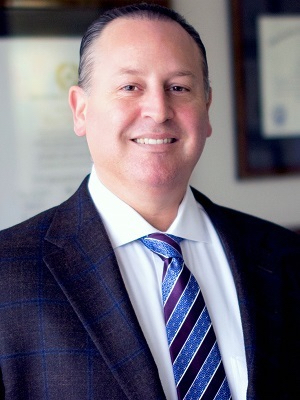 “The short answer is the opportunity to help people who deserve help and really need it,” Jeffrey B. Simon, founding partner of Simon Greenstone Panatier in Dallas, said during an interview with the Southeast Texas Record. “I was taught to believe that to whom much is given, much is expected. I feel that way. I feel that I was fortunate to have been able to go to law school, to work for good lawyers as I was coming up in the practice, and to learn about the kinds of cases in which people find themselves in desperate situations from defective products or negligence in one way or another.”

Those are the clients Simon said he wants to represent.

“When I get to do something that really improves somebody’s circumstance by holding a company or another person accountable for their wrongdoing, that is by far for me the most gratifying times in my career,” he said.

Simon was admitted to the bar in Texas in 1993 following his graduation from the University of Texas School of Law the same year, according to information on Simon Greenstone Panatier’s website. However, Simon said he didn’t enter law school with the goal of ending up practicing law.

“I went to law school to further my education,” Simon said. “I come from a long line of lawyers, but that didn’t lead me to conclude that I necessarily wanted to practice law.”

Simon said he knew he “wanted to go to law school” but for a time considered divinity school with an eye toward teaching religion.

“I was a religion minor in college. I was interested in the topic,” he said.

His involvement in mock trial and moot court competitions made all the difference, showing him the path to becoming a trial lawyer.

“I really liked that,” Simon said. “I realized that I did want to practice law, specifically for the purpose of trying cases.”

Simon also is licensed to practice law in California and New York and has been recognized for excellence in toxic tort and pharmaceutical injury litigation. Recognized by Texas Monthly Magazine as a “Texas Super Lawyer” every year for more than 10 years, Simon was president of the Texas Trial Lawyers Association in 2016 and he is Dallas Trial Lawyers Association past president.

Simon also is an American Board of Trial Advocates fellow, a distinction bestowed by that board upon attorneys who act as lead counsel in a minimum of 25 cases that are tried to verdict. Simon also sits on the American Association of Justice board of governors.

“All of those organizations are dedicated to promoting the right to trial by jury,” Simon said.

This is important because trial lawyers must keep abreast of attempts to circumvent the right to trial by jury enshrined in the Seventh Amendment to the U.S. Constitution, as well as in Article 1, Section 15 of the Texas Constitution.

“The changes in law that are intended to favor corporate and insurance interests over the rights of consumers,” Simon said. “The obstacles that are created to get into the courthouse get to a jury, even with very meritorious claims, is by far the most challenging.”

“If you have a passion for it, do it,” he said. “Don’t let anybody tell you that you can’t or that you shouldn’t.”

Those up-and-coming attorneys with that passion should also know what they’re up against, Simon said.

“Be prepared for the fact, emotionally and monetarily, that large drug companies and large corporations that are polluters have a great deal of resources and a lot of organized money,” he said. “They can afford to hire the largest and most well-resourced law firms in the country and, very often, the world. So it is a tall order to take on those kinds of organized interests, even in the most righteous of claims on behalf of private citizens and consumers who have been injured, who lack the resources, comparatively, to wage those fights.”

But don’t be discouraged, Simon said.

“It is certainly a challenge but it is one that I believe is well worth it, if you have a passion for it,” he said. “That’s what I would tell them.”