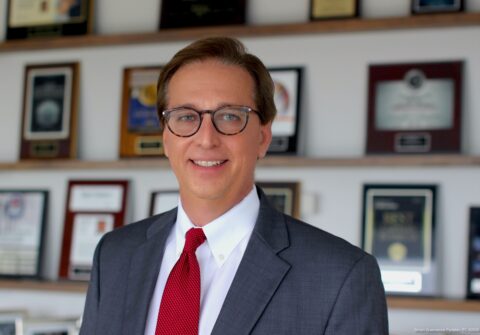 Mr. Wathen is board-certified in Personal Injury Trial Law by the Texas Board of Legal Specialization.  Less than 10% of all attorneys practicing in Texas have achieved recognition as board-certified.

Frank has been trying mesothelioma/asbestos and other personal injury cases for 30 years and has represented clients in state and federal courts throughout the United States.

Frank received his law degree from the University of Texas, one of the top 20 law schools in the United States. During law school, Frank achieved success in mock trial and moot court competitions and soon realized that he had a passion for the courtroom.  Frank also served as Note and Comment Editor of the American Journal of Criminal Law. Frank received his undergraduate degree with honors from Southern Methodist University.

After graduating from law school, Mr. Wathen obtained his early legal training and experience with law firms that defended corporations and insurance companies.  However, Frank found that representing individuals and families brought a satisfaction that could not be found from defending corporations.  Armed with valuable knowledge and insight into how companies defend catastrophic injury and wrongful death cases, Frank has spent the bulk of his career dedicating himself and his law practice to exclusively representing individuals and families and leveling the playing field for them against some of the largest corporations in the world.

Mr. Wathen has successfully tried or resolved for his clients a wide variety of toxic tort, personal injury, and wrongful death cases, including mesothelioma/asbestos cases, products liability, medical malpractice, defective medical devices, industrial and construction accidents, aviation, premises liability, and commercial trucking accidents.  A licensed private pilot, Frank also has served as lead counsel in air crash litigation.  His determination and hard work have resulted in combined settlements and awards of tens of millions of dollars on behalf of his clients.

There is nothing more satisfying or fulfilling to me than knowing I’ve made a real difference for my client during a difficult time. That is my goal in every case, for every client.
1.866.734.5291 | Email Us