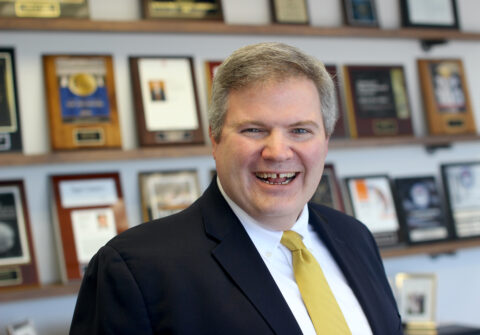 Brendan J. Tully is an experienced trial lawyer and has been fighting for asbestos victims for almost two decades.  Brendan is a Shareholder at Simon Greenstone Panatier, P.C. and manages the firm’s New York office and their international practice, while serving as one of the lead trial lawyers for the firm.

Mr. Tully has spent over 15 years representing  veterans, women, workers and families who have been hurt by dangerous asbestos products and other dangerous chemicals.  Brendan also represents accident victims and people that have been catastrophically hurt through workplace injuries.  He has won millions of dollars for his clients in verdicts and settlements and has garnered a national reputation for his work on asbestos contaminated consumer product cases and international product liability cases.

Brendan is one of the nation’s leading trial lawyers in cases involving consumer products that were contaminated with asbestos.  In 2015 Brendan won a historic multi-million verdict for a woman who died of mesothelioma after being exposed to asbestos from her use of contaminated talcum powder.  Brendan’s win was the first time that a consumer was able to hold a company liable for an asbestos contaminated cosmetic talcum powder in New York State.

Mr. Tully has also been an innovator in international product liability cases and has represented mesothelioma victims from all over the world.   His groundbreaking rulings and courtroom wins have allowed people from across the globe to stand up and get justice.  Over the last several years, Brendan has recovered tens of millions of dollars for mesothelioma victims from Europe, Australia, Africa and South America.  Due to his expertise, he has lectured in the United Kingdom to law students, medical professionals and the legal community on topics such as public health, asbestos, trial advocacy and product liability litigation.  Brendan also lectures regularly in the United States at various statewide and national conferences as well as law schools regarding asbestos litigation and trial tactics.

Throughout his career, Mr. Tully has “first chaired” cases all over the country in both state and federal court. Brendan has obtained many significant and groundbreaking verdicts on behalf of his clients in various different types of litigation, including asbestos & mesothelioma, product liability, catastrophic work place injuries and medical malpractice. Brendan’s verdicts have been recognized numerous times as being among the highest and/or most impactful verdicts for the year in which they were tried.

In addition to his trial work, Brendan has written, argued, and won important legal rulings and landmark appeals in New York State related to exposures from various asbestos products.

Brendan comes from a large Irish Catholic family that taught him the value of working hard and the importance of strong unions, worker protections, and doing the right thing.  Ever since he was a young man, Brendan worked closely with local unions and their members.  He’s walked picket lines, spoken at rallies, and helped organize marches for fair contracts and safe working conditions throughout New York State. Growing up in a pro-Labor family, he takes great pride in fighting for hard working Union members and their families.

Mr. Tully lives in Yorktown Heights, NY with his brilliant wife and their awesome son.  Outside of his law practice, Brendan is very active in his local community and coaches youth football and lacrosse.  He likes to organize and talk and Brendan spends a lot of his time working closely with community groups on issues that affect the quality of life for families in the Lower Hudson Valley and the Bronx.  He is a graduate of Fordham University and Albany Law School.