Taxotere (docetaxel) is a chemotherapy drug used to treat breast cancer and a variety of other illnesses. It is administered to the patient intravenously in a clinic or hospital and works by preventing the growth and spread of cancer cells. Taxotere has been approved for the treatment of breast cancer by the FDA since May, 1996.

Multiple studies have also confirmed the link between Taxotere and permanent hair loss. A study published February 14, 2012 concluded, “severe and permanent female hair loss, especially scalp alopecia, is a new and rare cutaneous side-effect of the sequential FEC–docetaxel regimen used for early breast cancer adjuvant treatment”. On top of that, the drug-maker’s own studies estimate that 3% of patients experience persistent or permanent hair loss.

If you or someone you love has experienced permanent hair loss as a result of taking Taxotere, you may be eligible for compensation. Contact Simon Greenstone Panatier immediately for a free, confidential case evaluation using the form or by calling toll free at 866-734-5291. Taxotere permanent baldness lawsuits are being evaluated on a contingency fee basis, meaning you pay nothing unless a recovery is obtained. 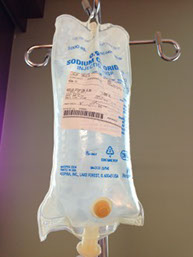