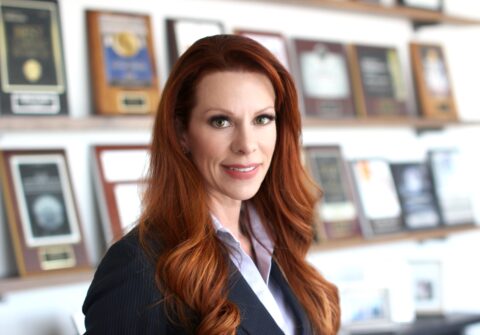 With a legal practice devoted to representing victims of asbestos exposure, Ms. Peterson has spent her career holding companies accountable for their actions.  Prior to joining SGP in 2021, Holly maintained a nation-wide practice while associated with a major personal injury firm in New York City, taking cases against major corporations to trial around the country.  Holly was selected to the Super Lawyers’ Rising Star list for the New York Metro area in 2013 and 2014.  Less than 2% of lawyers in the state were so recognized.

Holly received her Bachelor of Arts from Southern Methodist University in Dallas, Texas, and graduated from Seton Hall University School of Law in Newark, New Jersey. Among the honors she received while pursuing her law degree were the National Association of Women Lawyers’ Outstanding Law Student Award and the Mary Franzese Humanitarian Achievement Award. While in law school, Holly represented clients as a student attorney in the Seton Hall Center for Social Justice’s Civil Litigation Clinic. As a member of the Student Bar Association and Public Interest Network, she held several leadership positions, which included serving on the Honor Council and presiding – for two years – as Justice of Seton Hall’s Phi Alpha Delta Law Fraternity chapter. She also served as a judicial intern in both the state and federal courts of New Jersey. Following graduation, Holly served as Judicial Law Clerk to the Honorable John A. O’Shaughnessy of the Superior Court of New Jersey.

Ms. Peterson resides in Houston with her husband, Dirk and son, Colton.

No matter how large, powerful and wealthy, no corporation should escape reckoning for decisions that ruin lives. Holding accountable those who chose profits over people requires skill, perseverance and dedication. It is my honor to represent everyday people in their fight against industry giants.
1.866.734.5291 | Email Us