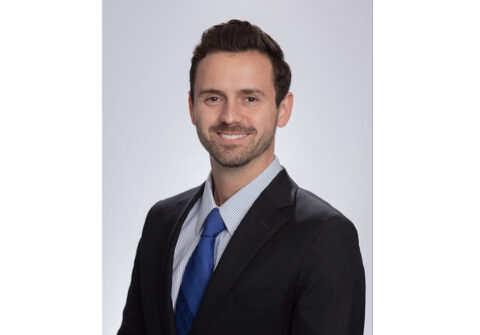 Mr. DeRuve is a dedicated, loyal, and passionate litigator who believes in fighting for those in need and obtaining justice. Michael focuses his practice on exposures to asbestos, talc, and talcum powder cases, as well as catastrophic injury, sexual abuse, and mass tort cases. He brings to each case and client the values his family always instilled in him: empathy, compassion, and kindness – values also shared by SPG. As a result of his dedication and hard work, Michael was selected as a 2021 Super Lawyers Rising Star.

Prior to joining Simon Greenstone Panatier, Michael focused his practice on complex personal injury and birth defect cases. His cases often involved pregnant women or soon-to-be fathers exposed to reproductively hazardous chemicals while working. His clients, typically blue-collar workers, were not warned or provided appropriate protective equipment while working and, as a result, their child was born with life-long physical and/or mental disabilities. Michael has helped recover millions of dollars for disabled children and their parents for the negligent acts of these companies.

Also, since the passage of New York’s and New Jersey’s Child Victims Act, Michael has represented survivors of child and adult sexual abuse by bringing lawsuits against negligent schools, churches, or other organizations, whose acts led to his clients being sexually abused. Over the last three years, Michael has successfully helped recover millions of dollars for survivors of sexual abuse. Aside from compensation, Michael aims to also provide his clients vindication and closure, an important goal for clients who have dealt with this horrific trauma for so long.

In 2021, Michael created and published a website as a resource for survivors of sexual abuse and others called sexualabuseawareness.com. The website offers a 24/7 abuse hotline where callers can anonymously and confidentially talk to an attorney for free. The site also provides resources for mental health counseling, group therapy, free legal counseling, statistics on abuse, and facts about the current law.

Michael was born and raised in the Capital Region and now resides in New York City. Michael is very proud to be a part of Simon Greenstone Panatier, PC, who share his passion for helping others and providing a voice for those who cannot fight for themselves.