Four Loko gained popularity with young people around 2005 because it crossed the popularity and benefits of energy drinks with large quantities of alcohol, generating a unique way of becoming intoxicated.

Though individuals who consumed the drink became intoxicated, the other ingredients, such as guarana, caffeine and taurine disguised the usual signs of intoxication, leading many to unknowingly consume too much Four Loko. Furthermore, Four Loko caused physical harm to some consumers, as the combination of energy-inducing ingredients and alcohol sent some individuals into comas and even caused some deaths.

Four Loko was easy to come by, despite the fact that it had as much alcohol in it as several beers. Not only was the beverage available at liquor stores, but it could even be found in some convenience stores, making it widely available. 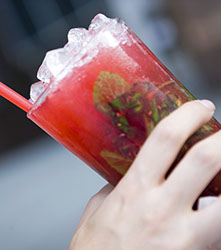 Despite the continuous reports of college students being hospitalized due to blackouts and other medical conditions associated with the drink, Four Loko continued to sell its dangerous cocktail until late 2010, when it reformulated the drink without energy-inducing ingredients.

Unfortunately, Four Loko’s decision to reformulate its product came too late for the individuals who fell victim to the product’s dangers, and the countless more who were exposed to its risks. Four Loko placed consumer health at risk in a way that no product should be allowed to do.

If you or someone you know were harmed or had a loved one die after consuming Four Loko, you may be entitled to seek compensation from the makers of the product. Our attorneys will give special attention to your case and hold Four Loko’s makers responsible for their carelessness.